Zum Inhalt wechseln
Zum sekundären Inhalt wechseln
From time to time the University of Applied Sciences in Dornbirn, produces radio shows.
For this show, the Intermedia Students from the 4th Semester have build up a team and over the week and have produced “Overcome your borders!”, a show examining the different borders that exist in society. 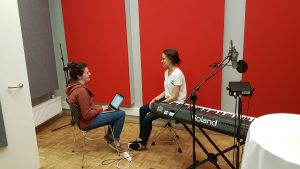 “We think  it’s a good idea to deal with the topic “borders”, because of the four citys in Vorarlberg, Bregenz, Dornbirn, Hohenems and Feldkirch, may be applying for the title ‘European Capital of Culture’.” says Tobias Fenkhart, the production manager of the team. 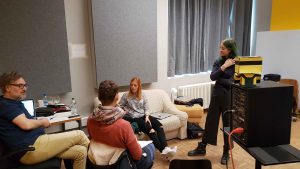 The team members put a light on the topic in many ways – starting with personal borders, interviewing people on the street, conducting interviews about studying here at  the university and last but not least, some very cool music which has been produced live at the studio. 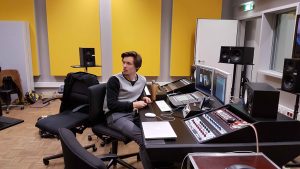